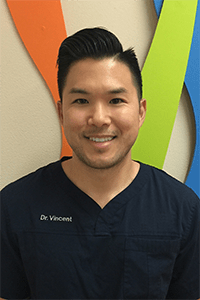 Dr. Vincent Luan grew up in Houston, Texas. He attended Strake Jesuit College Preparatory. Upon graduating from Strake, he attended Baylor University and obtained his undergraduate in Pre Dentistry. Dr. Vincent then attended school at University of Texas Dental Branch in Houston where he received his Doctor of Dental Surgery degree.

After dental school he completed a hospital residency at the West Los Angeles Veteran’s Administration, part of the UCLA Medical system. Following his hospital training he  practiced dentistry in Arizona and Texas with focus on treating children. Since he enjoyed working with children he decided to specialize in Pediatric Dentistry. He completed his two year specialty training in Pediatric Dentistry at St. Barnabas Hospital, part of the Cornell system in New York. While there he served as Chief Resident in the Pediatric Dental Department.

Immediately upon graduation, Dr. Vincent practiced Pediatric Dentistry in Southern California.  After living on both the West Coast and East Coast he decided to move closer to his parents in Houston.

Why I became a Pediatric Dentist

In the 7th grade I suffered a traumatic injury to my mouth which resulted in a broken front tooth.  My family often struggled financially and unfortunately my parents did not have the means to pay for me to have my tooth fixed.  I remember feeling self-conscious, uncomfortable and would rarely smile.  Kids often teased me and called me names which greatly affected my self-esteem and confidence.  After what seemed like an eternity living with my damaged smile, I was able to get my tooth fixed.  Once again, I was back to the happy, confident young man my family, friends and teachers knew.

Adversity is one of life’s few guarantees.  It comes in all shapes and sizes and we all handle it differently.  It was because of this childhood experience that I chose to pursue a career in pediatric dentistry.  I strive to help children feel confident and empowered by exhibiting a bright, happy and healthy smile. 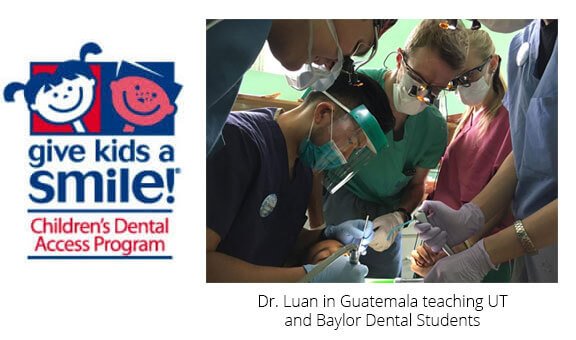 Dr. Vincent is devoted to giving back and participates in the Give Kids a Smile program & has gone on missionary trips to Honduras and Guatemala to provide dentistry to children who have no access to modern dentistry.

Dr. Vincent is involved in numerous dental organizations including:

Dr. Vincent is also a member of the US Olympic Dental Committeeand is the former president of the Houston Academy of Pediatric Dentistry.
When not practicing dentistry in his private practice, he is teaching at the University of Texas Houston Dental Branch. 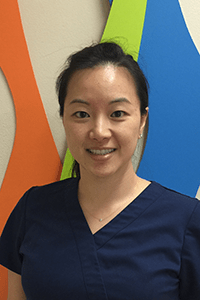 Dr. Alice Luan was born and raised in Houston.  She received her undergraduate degree at the University of Michigan. She then made her way to the University of Texas Health Science Center in Houston where she received numerous accolades for clinical and academic excellence in route to obtaining her Doctor of Dental Surgery degree.

Looking to improve herself clinically she completed a general practice residency at the Harvard School of Dental Medicine. Dr. Alice realized that her passion in the field of dentistry was in the prevention and provision of dental care for children. She pursued and received her postdoctoral certificate in pediatric dentistry at the University of Texas Health Science Center in San Antonio.

Dr. Alice has participated in many school-based education and screening programs as well as volunteered at the local community clinics.

Dr. Alice is a member of:

Dr. Alice is also on the Harvard University Admissions Committee.

When not at work, she enjoys being outdoors, especially playing sports and spending time with her friends and family.